My Crypto Heroes - a strategic battle, built on the Ethereum blockchain. Play with historical heroes, go in search of rare items and fight with other players for awards and glory. This game is №1 in the world, which is based on daily active users and transactions. 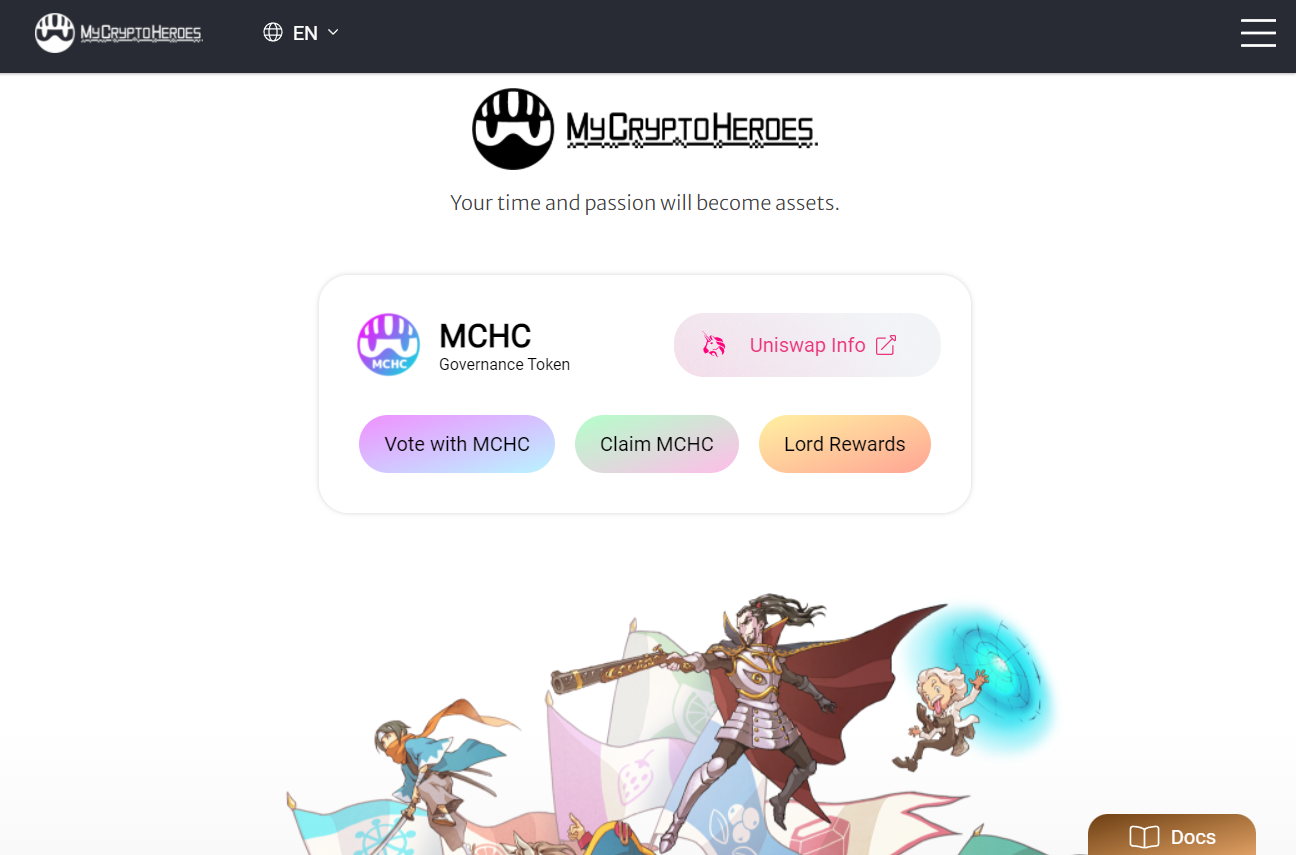 Main features of the dapp application

The main feature, that distinguishes the game from other platforms, is that the characters are based on historical heroes in the real world. Each of them has a unique design, that accurately reflects the features of this person - from Albert Einstein to Fukuzawa Yukichi. Characters can be exchanged on the Ethereum network (except for the default hero). Level - is an indicator, representing the hero growth, and it’s acquired by completing quests or duels. The game currency on the platform - GUM. The project works with the ERC-721 token, which can then be converted to ETN cryptocurrency.

Each hero has the ability to grow. But the growth rate of each parameter depends on the endurance.My Crypto Heroes

The hero endurance - an indicator that varies from the character’s actions in the game. The more he moves, the more he gets tired and, accordingly, his stamina decreases. Each hero has endurance and it gradually recovers at regular intervals. You can also restore this value, using GUM.

The platform earning takes place by receiving rewards for the made actions. There is no referral system, as well as bonuses, promotions.

What are the skills in My Crypto Heroes?

Skills - the special abilities that every hero possesses. There are two types of skills:

You can meet such characters in the game:

Each unique item, called Original Extensions, is the ERC-721 token. You will find them by fighting quests or participating in tournaments.

My Crypto Heroes offers various strategy difficulty options for all levels of players. However, the incredible storyline, as in the centralized game counterparts, is absent, as the developers are constantly experimenting with the format. One of the main disadvantages - Japanese basing. But, thanks to constant updates, the game will develop, reaching a wider community of users.

PvP mode on the blockchain platform

Users can fight with other players in tournaments, focused on different strengths of the players. The best players earn Original Extensions (ERC-721) and eternal glory.

Sending your hero to a dungeon, you can collect EXP and find rare items, called Original Extensions (ERC-721 token). In addition, EXP can be used to increase the level of assets. There is no WhitePaper document or roadmap on the platform. However, you can follow all the news via twitter, which has more than 2000 subscribers now. Transparency, reliability and safety are provided by the blockchain technology on which the game is built.